Platelet Rich Plasma is an autologous blood concentrate, processed to increase the platelets which contain growth factors, cytokines and bio-active proteins. The platelet rich plasma is then injected into an area of tissue damage or degeneration to promote healing and accentuate the restoration of normal tissue. PRP is used in basically all fields of medicine, dentistry and veterinary medicine to restore, revive and regenerate tissue.

PubMed, which is a source of current experiments, abstracts, literature reviews and studies on medical applications involved in all medical uses, currently has 15,185 titles involved with platelet rich plasma and 2979 titles involving platelet rich fibrin. The total of 18,164 articles is a testament to the expanding use of these blood derived products.

However, even with the expanding use of PRP and PRF, many health care professionals do not add an activation procedure to their processing of platelet rich plasma. Is this step forgotten, misunderstood or just not done?

Activation of platelet rich plasma and platelet rich fibrin refers to the process of releasing growth factors from the platelets. This is typically done by the addition of chemicals to the platelet concentrate. Newer technology has advanced this procedure and negated the use of additives or chemicals.

Platelets constitute a reservoir of critical growth factors and cytokines used to regulate the tissue healing process. These growth factors and cytokines are stored in the granules contained on the platelets. When triggered, these bioactive molecules are secreted from the alpha granules on the platelets and act in many metabolic healing pathways such as stem cell trafficking, proliferation and differentiation with a complex effect on pro and then anti-inflammatory and anabolic and catabolic activities. These activities as a whole, optimize the tissue environment for the healing process to proceed.

Despite the numerous benefits ascribed to platelet rich plasma and the equally promising results reported for the overall healing potential, clinical outcomes in the literature are mixed and sometimes contradictory. These results are due to the lack of the authors following accepted protocols making it difficult to compare results and draw conclusions. Among the several variables affecting PRP and the results of these studies, is the lack of activation. Platelet activation is a critical step in the release of bioactive substances contained on the platelets and the lack of activation definitely influences the outcomes in the tissue healing.

Platelet activity is associated with the coagulation cascade. Platelets adhesion to the extracellular matrix is the first step in hemostasis. Then exposed collagen and released calcium from the damaged tissues form a bridge on the platelet membrane. Activated during this process, platelets release their granules. Then activated platelets mediate aggregation and fibrinogen aids to cross link platelets contributing to thrombus stabilization.

Activation is triggered by the increase of calcium concentration in the damaged tissues. ADP triggered in response to the calcium furthers platelet activation.

Thrombin is a strong platelet agonist and responsible for the conversion of fibrinogen to fibrin. The fibrin stabilizes the platelet plugs. Thrombin activates platelets through receptors on the platelet surface.

Collagen, in damaged tissues, can also stimulate activation of platelets. This response is weak and not considered the major instigator of the activation pathways.

Under normal hemostatic conditions, platelets do not bind to leukocytes. However, when activated, platelets adhere to neutrophils, monocytes and lymphocytes. Platelets interact with the vascular endothelium and leukocytes, and regulate inflammation, thrombosis and atherogenesis. Upon activation, platelets express large amounts of P-selectin. P-selectin cross links platelets and leukocytes and is a major mediator of platelet leukocyte aggregate formation, thereby upregulating the release of proinflammatory cytokines.

Activation is a critical step in this process.

How to activate PRP

Collagen, as already noted is a very weak activator of platelets.

Thrombin can be expensive to produce from blood.

Calcium chloride is cheap and readily available however, it is considered an additive to platelet rich plasma.

In July 2020, the FDA published the “Regulatory Considerations for Human Cells, Tissues, and Cellular and Tissue Based Products: Minimal Manipulation and Homologous Use”. In this regulatory publication, the FDA stated, “Platelet rich plasma is not an HCT/P under 21 CFR Part 1271 because it is a blood product”. However, addition of thrombin or calcium chloride, may or is considered an additive and therefore in violation of these regulations. This author is not an attorney therefore the above is my interpretation of the regulations.

In studies published in the European Journal of Pharmaceutics and Biopharmaceutics in March of 2020, polychromatic light providing wavelength in the range of 600-1200 nm activated human platelets and achieved sustained and controlled release of growth factors from photoactivated platelets. ATP secretion and calcium release significantly increased after light application. The photoactivation generated multiple indicators of activation. P-selection expression was significantly increased after the application of LED light for the 10-minute interval. This study concluded PRP was significantly activated with photoactivation and realized significant sustained growth factor release during a 28-day period of measurement proving LED light activates PRP.

In another study done in Turkey, photoactivation showed the resultant hydrogels had the desired mechanical properties of low degradation rate and high mechanical strength and released growth factors at a constant rate for the long term. 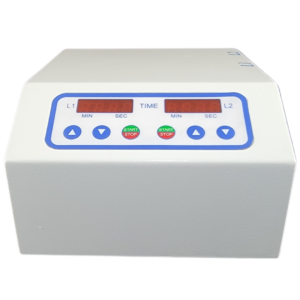 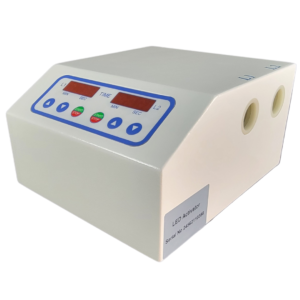 Activation is a necessary process to achieve the greatest concentration of growth factors and cytokines. When using platelet rich plasma in any medical application, the best outcomes are attained with activation. Chemical additives may have side effects and may be in violation of current regulations.

Juventix LED Activator is the answer to providing the highest quality of PRP for any application.

Enter your email below to receive exclusive offers. Stay up to date with our latest news and products.